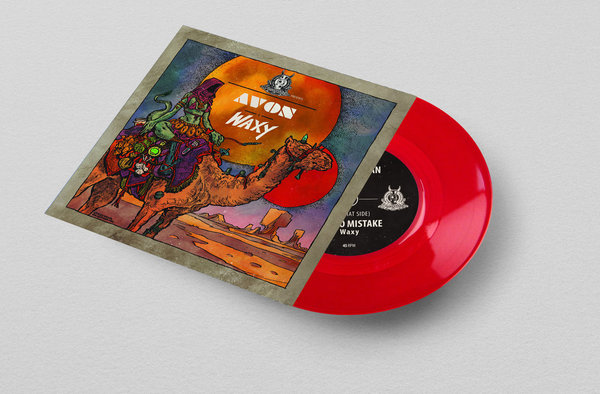 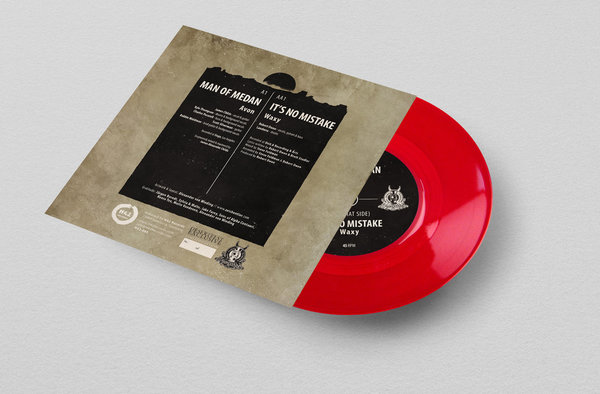 Avon edition on red vinyl, limited to 150 copies, but only a handful available, so first come, first served. The sixth instalment of the now legendary DesertFest vinyl series exclusively delivered by H42 Records brings together two coming desert rock bands. Side A brings you 'Man Of Medan', a song from Avon. Avon features the mighty Alfredo Hernandez who has played on some of the very best desert rock albums ever, including 'And The Circus Leaves Town' by Kyuss and the critically acclaimed self titled debut LP by Queens Of The Stoneage.

Side AA features Waxy's song 'It's No Mistake'. Waxy is also an American stoner rock band from the desert of Southern California (Palm Springs/Palm Desert/Indio), and is part of the Palm Desert scene. The power trio consists of frontman Robbie Waldman (guitar/vocals), Tyler Ontiveros (drums) and Robert Bowman (bass). Brett Stadler, long time personal friend of Waldman, is the band's eccentric co-lyricyst as well as a published poet. Waxy's sound is a cross between Black Sabbath and Thin Lizzy with a healthy dose of Tom Waits. Heavy, sexy and sincere best describe the vibe. Some people describe them as desert rock, Europeans call it stoner rock.

Side A:
Avon - Burn A Bridge
Side B:
Waxy - Smooth Slim