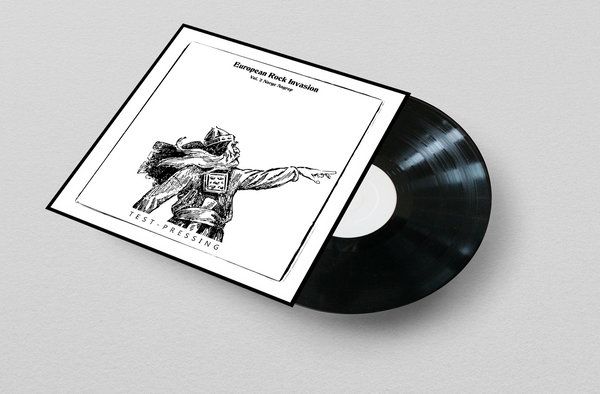 European Rock Invasion series started in 2021 with Vol.1 Swensk Attack. In a year the second part 'Norge Angrep' will follow with unreleased live recordings of great prog-rock bands from Norway.

After two years of recording, the debut album was released in 1995 by the band, which at the time consisted of Sara Trondal, Eldrid Johansen, Jan Tariq Rahman, Audun Kjus, Tirill Mohn, Alexander Engebretsen and an unnamed drummer, in addition to founder Holm-Lupo. The melancholic retro-prog of Ignis Fatuus was heavily influenced by folk. For the second album, which followed in 1998, the lineup was changed. Only Holm-Lupo and Rahman remained in the band, which was completed by Sylvia Erichsen, Frode Lia and Mattias Olsson (Änglagård).

Ring van Möbius: RING VAN MÖBIUS is a retro prog rock band from Karmøy, Norway. They describe themselves as ''Progressive rock straight from 1971, but made today''. They played live shows in 2017 and in 2018 they released their debut ''Past the Evening Sun'' through Apollon Records. The core of the band consists of Thor Erik HELGESEN (keys), Håvard RASMUSSEN (bass) and Dag Olav HUSÅS (drums). Their sound is often compared to that of early ELP.

Molton Gold: Molten Gold from Oslo, Norway. Progressive hard rock band with a bit of psychedelia and a lot of heavy blues.